In mid-October, Jenn, Teagan, Quinn, Atty (my mom), Grandpa (my Dad) and myself, went down to San Francisco for a friend's wedding. The wedding was up in Napa, so my parents kindly stayed with the girls so that Jenn and I could attend on our own.

Having never been to San Francisco, I was excited that we were going to have a few days to explore before heading up to the wedding. The girls had other plans! Their sleep was completely disrupted for the first two nights. It reminded me of some of the worst nights during the newborn phase. As a result, we were all quite exhausted during the day. We made the most of it though and still got some exploring in! We walked (part of) the Golden Gate Bridge. The height and loudness of the cars driving over it was a little nerve-wracking for the girls. We explored Golden Gate Park and found the most incredible playground, Koret's Children Quarter. Quinn quickly zero'd in on the concrete slides, that have apparently been there since before my time. Many children were zipping down them on a piece of cardboard. When they visited the playground with my parents, Quinn apparently got her hands on a piece of cardboard and flew down the slide, like the true kamikaze that she is. We also explored the marina district and look our first ride (not Jenn's) on a cable car. We picked it up at Fisherman's Wharf and rode it up and down the hilly streets to Union Square. We managed to score seats right in front, so Quinn was actually able to look out the front window. Teagan stayed safely nestled between Jenn and me. The Toronto girl wasn't sure about the open concept "streetcar. 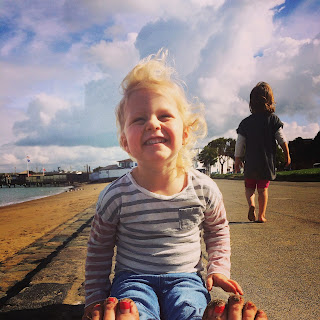 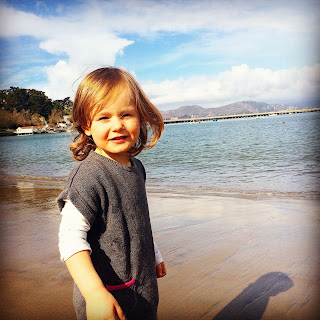 The following day, Jenn and I headed up to Napa early. We had a reservation at the most amazing restaurant, Auberge Du Soleil. After dining on pumpkin soup, gnocchi, scallops and braised beef short rib, while drinking some spectacular wines, we quickly stopped into a favourite vineyard. 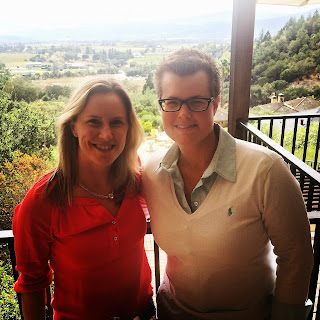 We didn't have time for a wine tasting or tour, but wanted to stop into Frog's Leap anyways. I quickly spotted Abby, the resident dog, upon our arrival. We became fast friends, although Jenn says that I use the word friends a little too loosely. After picking a piece of fruit for her (she tried herself unsuccessfully), she darted off. She may have simply used me for the fruit. After walking around for a few minutes, we picked up a few bottles of wine and headed to our inn to check in and get ready for the wedding.

I was thrilled to be able to attend my good friend Beanie's wedding (her real name is Jill). She became one of my first friends when I moved to Boston in 2005. We worked together, so she helped me get settled both in the office and in a new city. We were lucky enough to get together with Jill and her now husband, Clancy, who is Australian, a few days before the wedding in San Franscisco. We even got to meet Clancy's parents and sister, who are incredibly sweet people. Jill and Clancy now live in Sydney.

Two weeks ago, I took the girls for haircuts. Teagan's first! She was mostly bald until nearly two. Then the adorable blond curls appeared. Her hair had started to get a little frizzy and was actually quite long when it was wet and the curls were brushed out. Quinn is an old pro having sat in the salon chair several times.

The girls were fascinated by the whole process and were therefore fairly quiet. I'm sure next time will be a different story!


About a month ago, while wandering through a Target, we let the girls pick out their Halloween costumes. Teagan went from Sp:derman to shark to lion in the span of 5 minutes. Quinn spotted the Hello K!tty costume and there was no turning back. I'm not sure where the obsession came from, but that's what it is at this point.

Here are the frightening cats themselves! 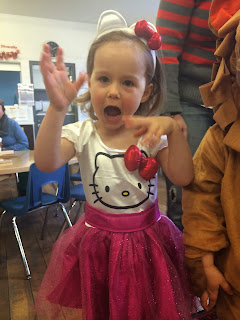 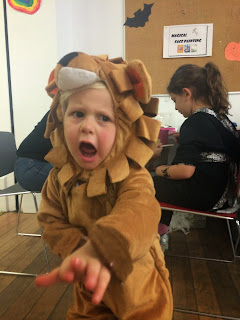 Our rainy Halloween night started out as a lovely rainy walk. The girls had never been trick or treating and I wasn't going to encourage it (but did bring bags, just in case). About 10 minutes into our walk, Teagan said, "I want to go trick or treating!" "Isn't that what you're doing, Teagan?" Jenn said. "No." She said as she watched a group of kids walk up to a door and hold out their bags. She ran and never looked back. She confidently banged on a door…and banged again if they didn't answer within 2 seconds. "Trick or treat!" She said with gusto. She remembered her thank you most of the time. Naturally, the adorable 3-year old in a lion costume was a hit. Quinn reluctantly followed along, but quickly got cold. Jenn took her home, while Teagan and I spent another half hour walking through the rain. The kid was warm as can be in her lion costume and would have lasted for another hour, but Mommy's feet started to get a little chilly. 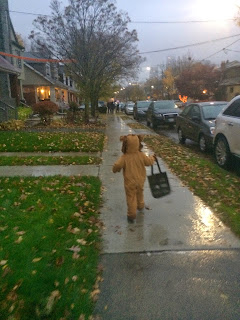 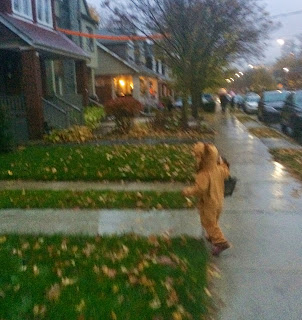 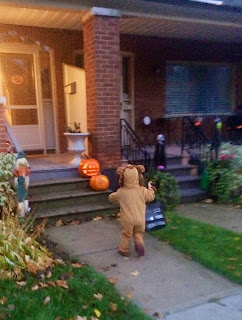 As most of you know, we're a good ol Canadian family who grew up skating and playing hockey. So, of course, our little twins were on the ice within months of walking. As an early Christmas present, my Mom bought the girls new skates this year. What a difference a year makes! The girls are so much more stable on the ice and are absolutely loving it. We are usually dragging them off. Videos coming soon! 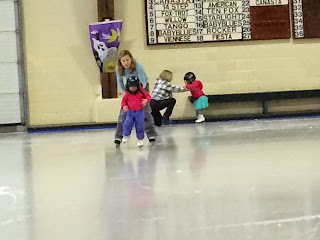 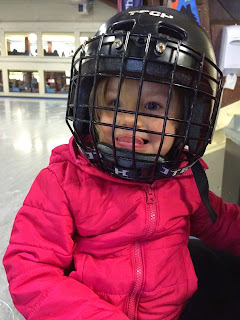 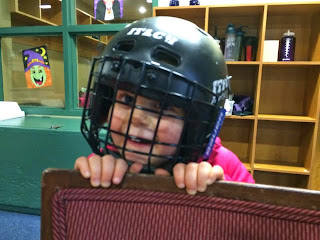