It's been a exciting, laughter-filled, long day so I won't write much. I wanted to post a very quick Merry Christmas from the little ladies. The girls have passed out and I'm about to do the same. We have had a wonderful day and I feel very blessed to have been surrounded by so much love - the true meaning of Christmas.

I also want to congratulate Allison and Jen on the arrival of their baby girl on Christmas Eve!

And now, a few pictures from the day!

My friend, Cheryl, and her husband, Steve, recently moved back from Australia. They came over for dinner last night. Within minutes of arriving, the girls were sitting in Steve's lap reading a book.

While pregnant, I remember feeling slightly worried that the girls would not have a dad. I think my worries came from the fact that I had such a close relationship with my dad as a child (and still do). It made me sad to think of them not having that.

Within a few hours of their birth, Teagan and Quinn lay in the arms of their uncles, Rob and Michael (my brothers). I knew right then that I had nothing to worry about. While they will never call someone dad, they have dad-like figures around them every day. Grandpa is already compiling his rules to date his granddaughters.

For two little girls who come from a two-mother home, they adore men! I wish I had the words to describe the happy shrieks and squeals that come out of them when their Uncle Rob comes over to babysit. I wish I could explain the puppy dog eyes they give their Uncle Michael begging him to pick them up. Or, the way that they sweetly cuddle into Grandpa on the couch while watching their Sesame Street video that he got for them.

We joke that Rob is Quinn's favourite person, but really, it isn't a joke. If he is around, she wants to be in his arms. He has such a calm and gentle, yet fun and playful way with them.

I feel so incredibly fortunate to have these guys in the girls lives...

{this moment} My Coffee Date

A single photo capturing a moment from the week. A simple, special, extraordinary moment. A moment I want to pause, savour and remember. If you're inspired to do the same, leave a link to your 'moment' in the comments for all to find and see. 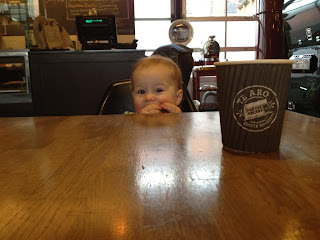 Email ThisBlogThis!Share to TwitterShare to FacebookShare to Pinterest
Labels: {this moment}, Te Aro 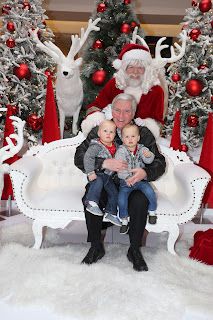 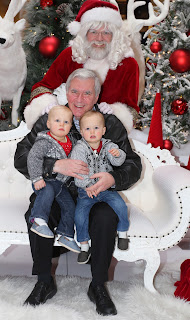 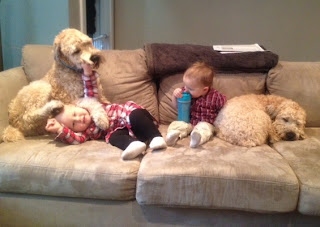 Photo credit to Eva So
Posted by Ashleigh at 1:05 PM 8 comments:

The girls got to wear their Christmas 2012 party dresses for the first time today. We attended Jenn's company's Christmas...I mean, Holiday Party. The girls ran around the hotel like little maniacs for an hour having an absolute blast. They looked ridiculously cute in their little dresses so I couldn't resist sharing photos. 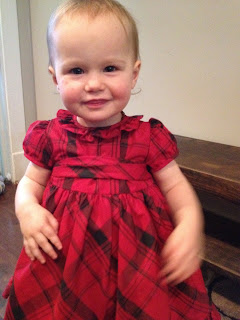 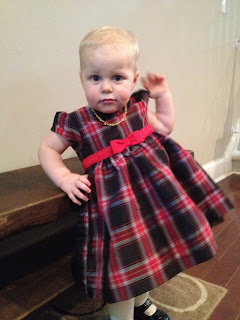 Teagan is constantly being called a boy by strangers. She has a pink winter jacket that she is wearing most of the time. She has pink shoes that are on her on feet most days. It doesn't matter though. I am often told that he is cute or that he has beautiful eyes. I will frequently hear other parents tell their toddler to let the "little boy" finish with the toy and then he/she can have it.

For some reason, I don't really care if Teagan is referred to as a boy because it won't happen for long. I can see how it could happen. She doesn't have a ton of hair, even at 18 months, and what she does have is bleach blonde. She is stockier than her sister and sometimes walks like a little trucker!

If the situation is right, I'll correct the stranger. If the comment comes in the form of a passing shopper at the grocery store, I don't bother. As other parents of multiples can attest to, I get enough attention when I'm out and about. Sometimes I don't have time/feel like having the same conversation again and again. Don't get me wrong though, I appreciate the kind words of strangers.

Jenn, on the other hand, is quite bothered by strangers referring to Miss T as a boy. While she might not correct them outright, she will usually grumble about it under her breath.

Is your son or daughter often referred to as the opposite sex? How do you take it? 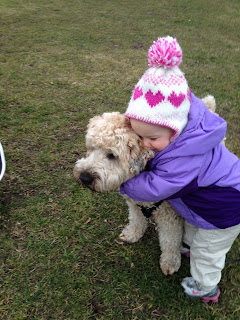 When the girls were about 9 months old, we did a music class. A set of 2-year old twins attended our class with their nanny. I remember watching them arrive and leave with their leash backpacks (see exhibit A).

I will admit that I very briefly entertained the idea because it just seemed so easy. The nanny had control over them with just one hand. I just couldn't do it though. While I understand why people do it, especially with multiples, all I could do was joke about walking along holding four leashes (girls and dogs).

From the second I found out that we were having twins, I had visions of two toddlers running in different directions, while I stood in the middle pulling my hair out. When they first started walking and we would head to the park, that WAS me. The little punks drove me insane, especially because they insisted on going to the highest point on the jungle gym (and tested me by going straight to the openings while looking 8-9 feet to the ground). They had just found their walking legs and were seeing the world from a whole new level so I cut them some slack. My patience and nerves took a beating though.

You can't threaten a 12-18 month old with no TV or Wii or dessert if he/she doesn't listen. They knew I wasn't serious and played me for a fool, running away laughing. It drove me crazy!

About a month ago, I started give them a 5-second countdown. If they weren't walking towards me by 1, I picked them up immediately and put them right into the stroller. No exceptions. Consistency is key. Teagan, in particular, ended up back in the stroller a lot at the beginning. She usually screamed and cried. After a few minutes, I would give her another chance. The amount of time back in the stroller increased with each offence.

I've also implemented a holding hands rule when we walk on the sidewalk or cross a road. Again, if they refused to hold my hand, it was back in the stroller or in my arms (which they usually didn't want, especially when the other was walking). I love it because they now reach up and grab my finger on their own.

While it took some work, I am thrilled to say that 5-4-3-2-1-stroller has worked like a charm. I can't even remember the last time Quinn had to be put back in. Teagan only had one offence today!
Posted by Ashleigh at 8:38 PM 11 comments: