Our not-so-little guy is 5 months old (as of July 10th)! It's hard to imagine how life was without him. He has seamlessly joined our family and provides so much joy to everyone he meets. 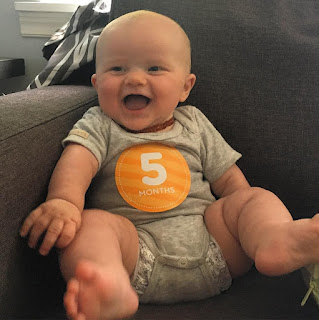