On July 16th, 7-year old Georgia was hit by a minivan in a residential neighbourhood. I remember the day clearly. At 5:00pm, a friend texted me asking if I had heard about the little girl who was hit by a car on Millwood. I googled it and found limited information since it had only happened an hour before. The girls and I had been one block away at the time that Georgia was struck, but had driven in a different direction. We had also walked through that intersection at 4:00pm the day before. I felt sick to my stomach. I prayed over and over again that she would be ok. Sadly, her head injuries were too severe and she died a few hours later at the hospital.

I've thought about Georgia almost every day since. On that first night, I prayed for her family. I couldn't help but put myself in their shoes. Thinking about the unimaginable. The heartache.

Within days of her death, a beautiful memorial filled with flowers, teddy bears, toys, sidewalk chalk and bubbles was set up on the corner to pay tribute to a life cut tragically short. Georgia's parents had a large photo of her printed and a note placed next to it thanking the community for their support. I drive by the intersection on most days. It is rare that there isn't an adult looking at the photo, while children draw a picture with the sidewalk chalk.

A few weeks later, the girls and I walked to the park that is on the corner where Georgia was killed. On  our return walk, the girls spotted Georgia's photo. Who's that girl, Mommy? I explained that Georgia had been hit by a car and she died. Then they spotted the bubbles and chalk. 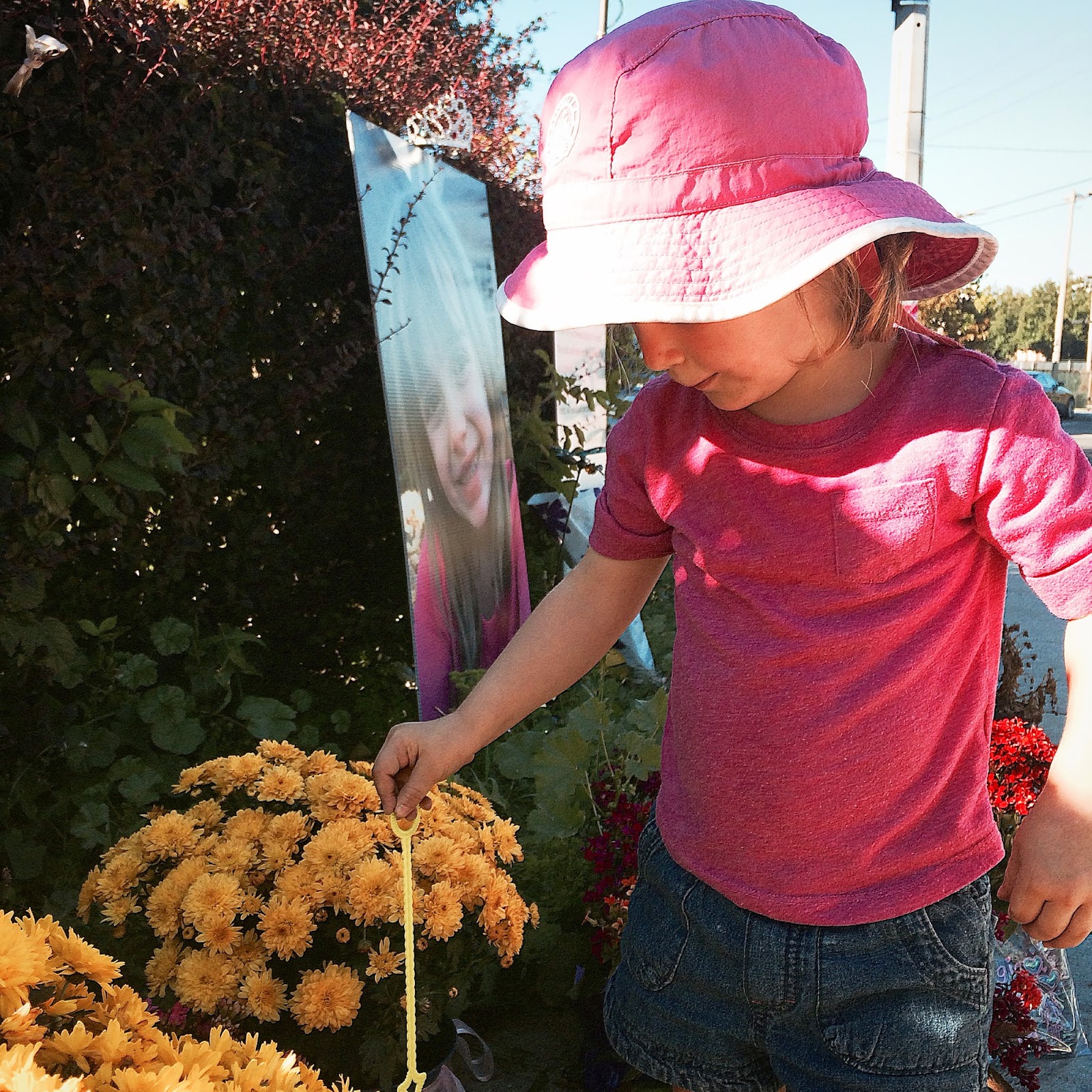 After spending several minutes blowing bubbles for Georgia, we walked and talked. Their inquisitive 3-year old minds had many questions. Why did she die? Why did the car hit her? Why did she run into the street? When will she come back? The permenance of death was confusing. I did my best to be honest, but also keep it simple. I chose to explain heaven, because that is what I believe. They can choose their beliefs when they're older. We spoke about Nana who passed away when they were 17 months old. They knew her, but likely only remember her now from the photos.

Georgia remains in everyone's thoughts. In the neighbourhood where she was killed, pink ribbons are tied on lamp posts, trees, stop signs, street lights… 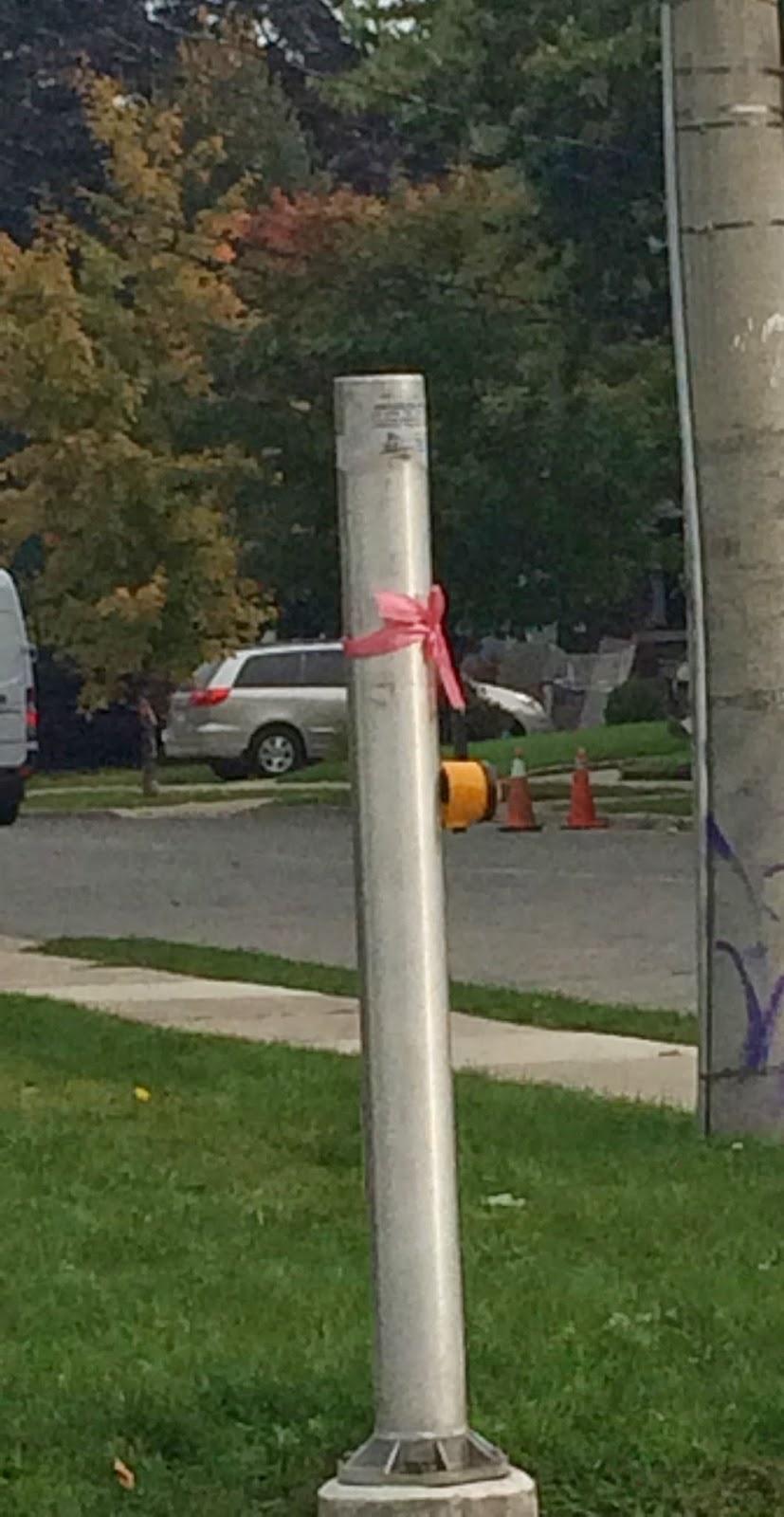 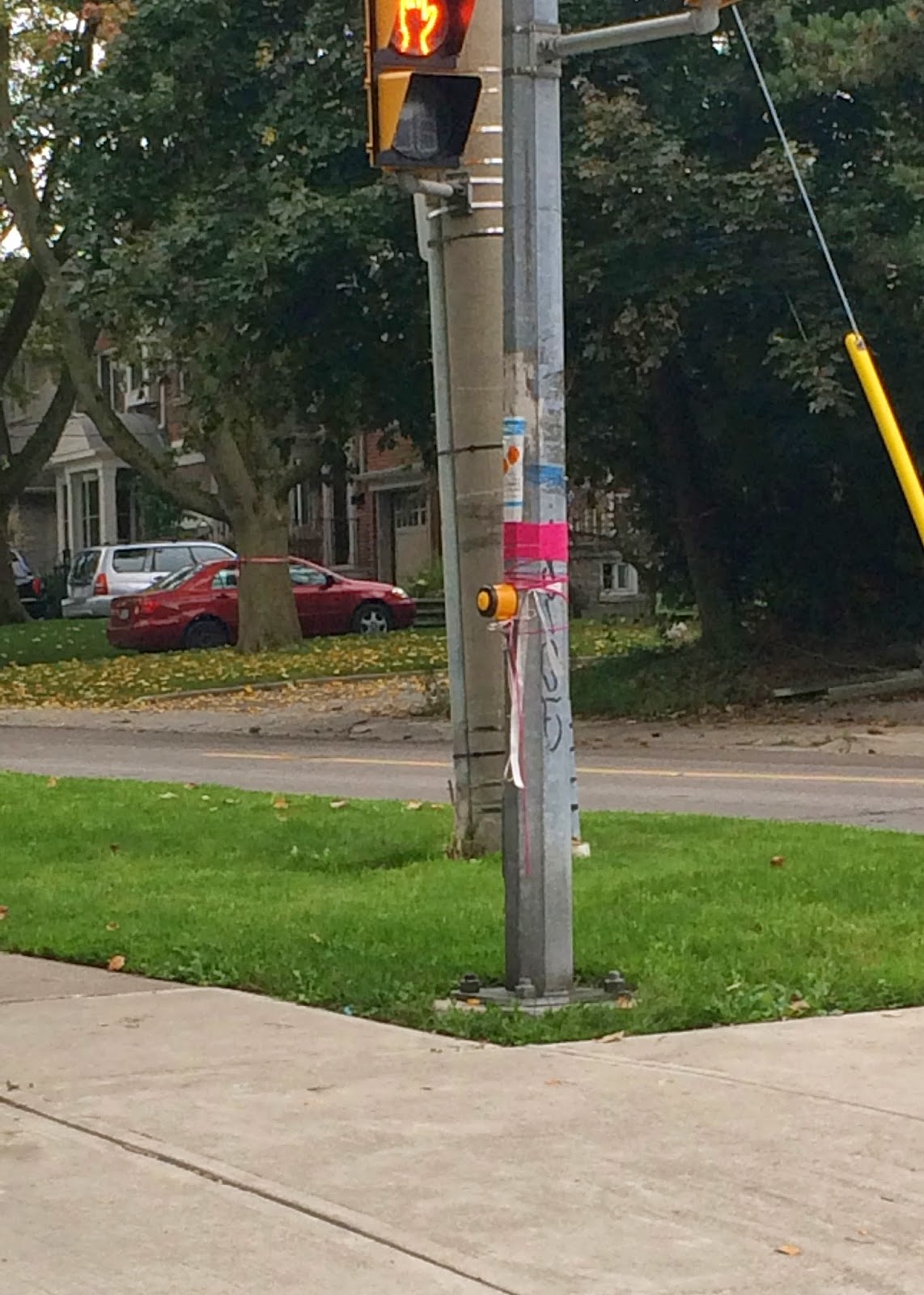 A neighbour of Georgia's family had these signs made as well… 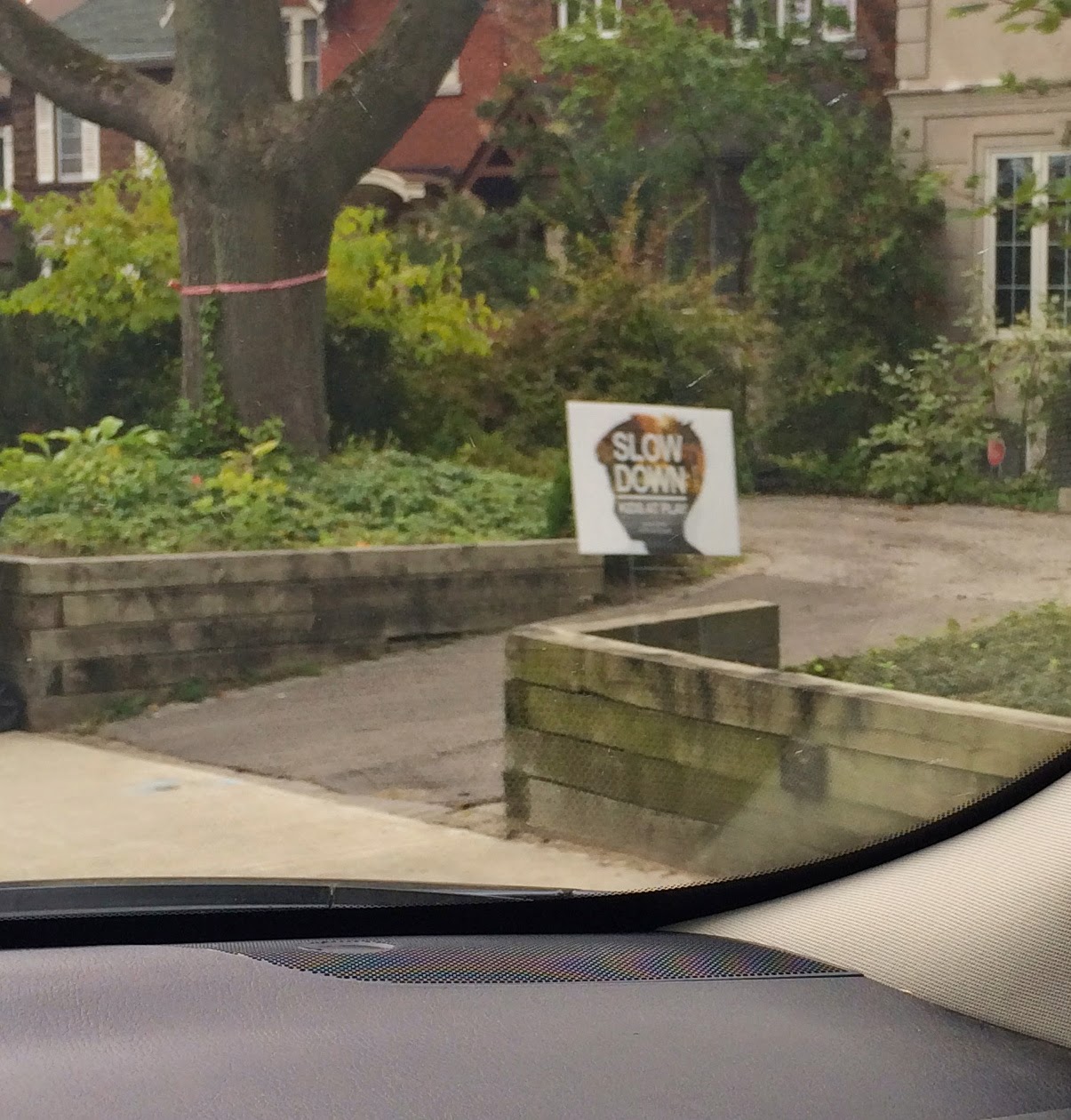 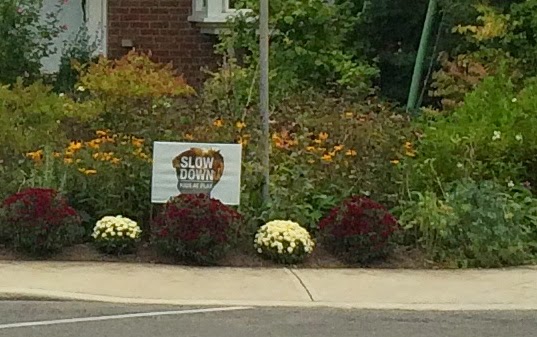 The campaign has taken off. The sign can be seen in neighbourhoods across the city. The individual who started the campaign was actually just interviewed on the radio a few minutes ago. One homeowner said that the sign on his lawn is not only a reminder to drivers coming down his street, but also to himself to practice what he preaches.

Rest in peace, Georgia.
Posted by Ashleigh at 6:51 AM