Our little man is 8 months old! This past month has seen quite a few changes in Logan. 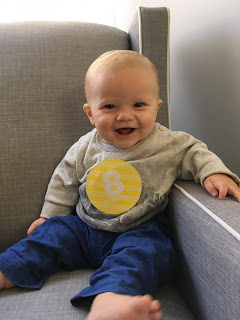 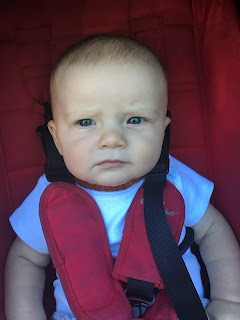 A chat with his best buddy... 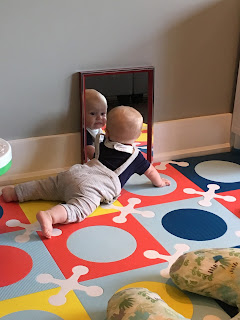 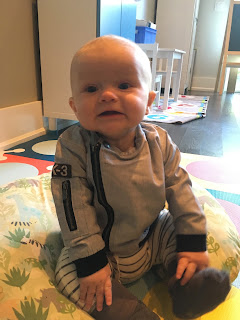 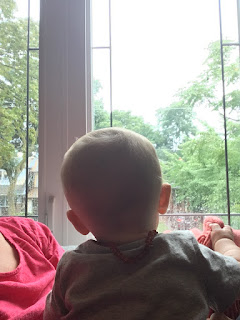 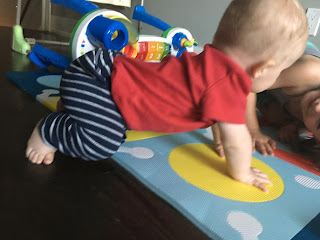 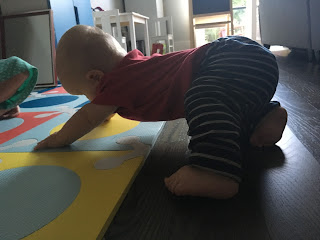 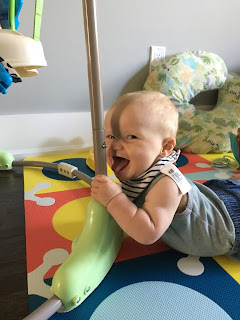 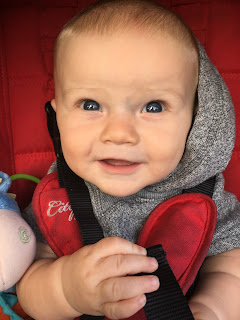 Logan and his cousin enjoy some play time at yoga! 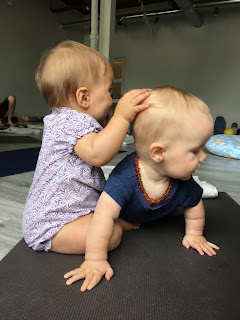 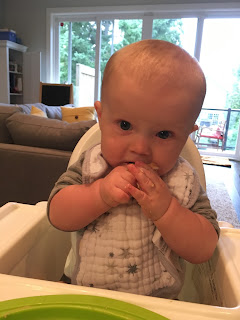 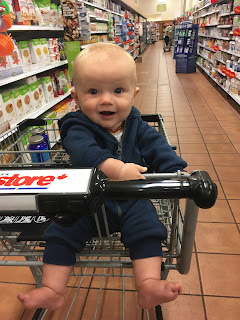 The dogs have been spending most of their time at my parents' house. We all miss them, but the help from my mom with the dog walking has been huge. He adores the dogs when they're around! 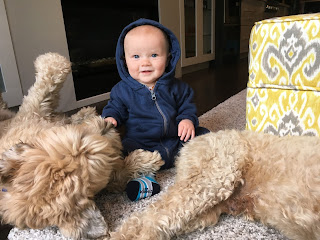 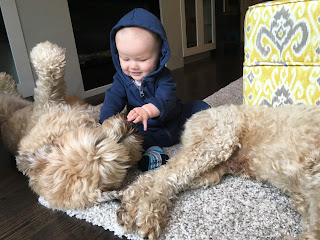 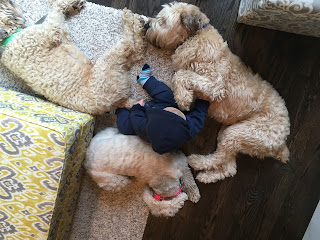 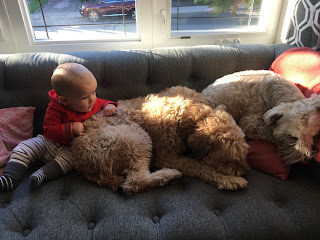 He enjoyed munching on an apple at the farm a few weeks back and hung out in the hay while the girls went down the slides. 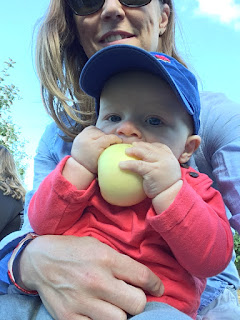 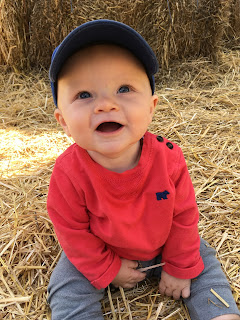 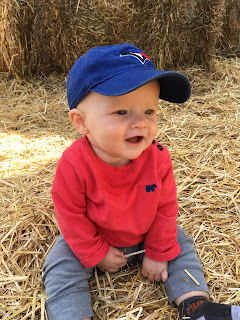 From May until just last week, we would spend one afternoon/early evening with friends hanging out at the farmers' market. The kids would eat delicious popsicles and play in the park and Logan would happily roll around on a blanket while watching the kids and the trees. 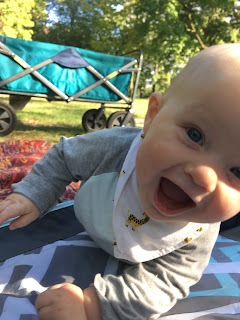