Yesterday, the girls celebrated their 16 month birthday. Where oh where is the time going?! 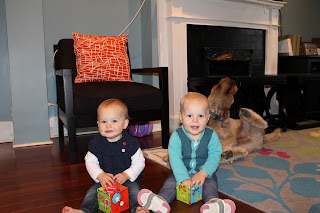