During a visit to the dentist a few weeks ago, I was told that Quinn's front teeth were pushed slightly forward. The dentist then asked if Quinn used a soother. At naptime and bedtime, I replied. She usually suggests that kids stop using a soother at age 3.

Jenn and I took that as our cue and used the dentist as the bad guy. Several months ago, before the dentist visit, we suggested to Quinn that she give her soothers to another baby. This idea was no well received. We needed something else. A few weeks ago, I heard about a new idea -- tying a soothie to a balloon and sending it up to soothie heaven. I also suggested to Quinn that we throw a party to bid farewell to her beloved soothie. She liked this. We discussed menu, balloon colours and guests. We kept it at a small family gathering :)

For the last two weeks, we also talked about the hard stuff. After the party, she would be going to bed without soothie. We talked about how it would be difficult. We told her that we thought that she was very brave for doing this. We also threw out the dentist card -- she understood that the dentist had said that using a soothie could be "bad for her teeth."

The night finally came. We prepared a delicious spread of cheeses, guacamole, fruit, BBQ'd meat (for my little carnivore) and wine. A Minnie Mouse cupcake for dessert. Some of Quinn's favourites.

The evening started out by saying bon voyage to soothie! (Note that last year's Halloween costumes made an appearance) 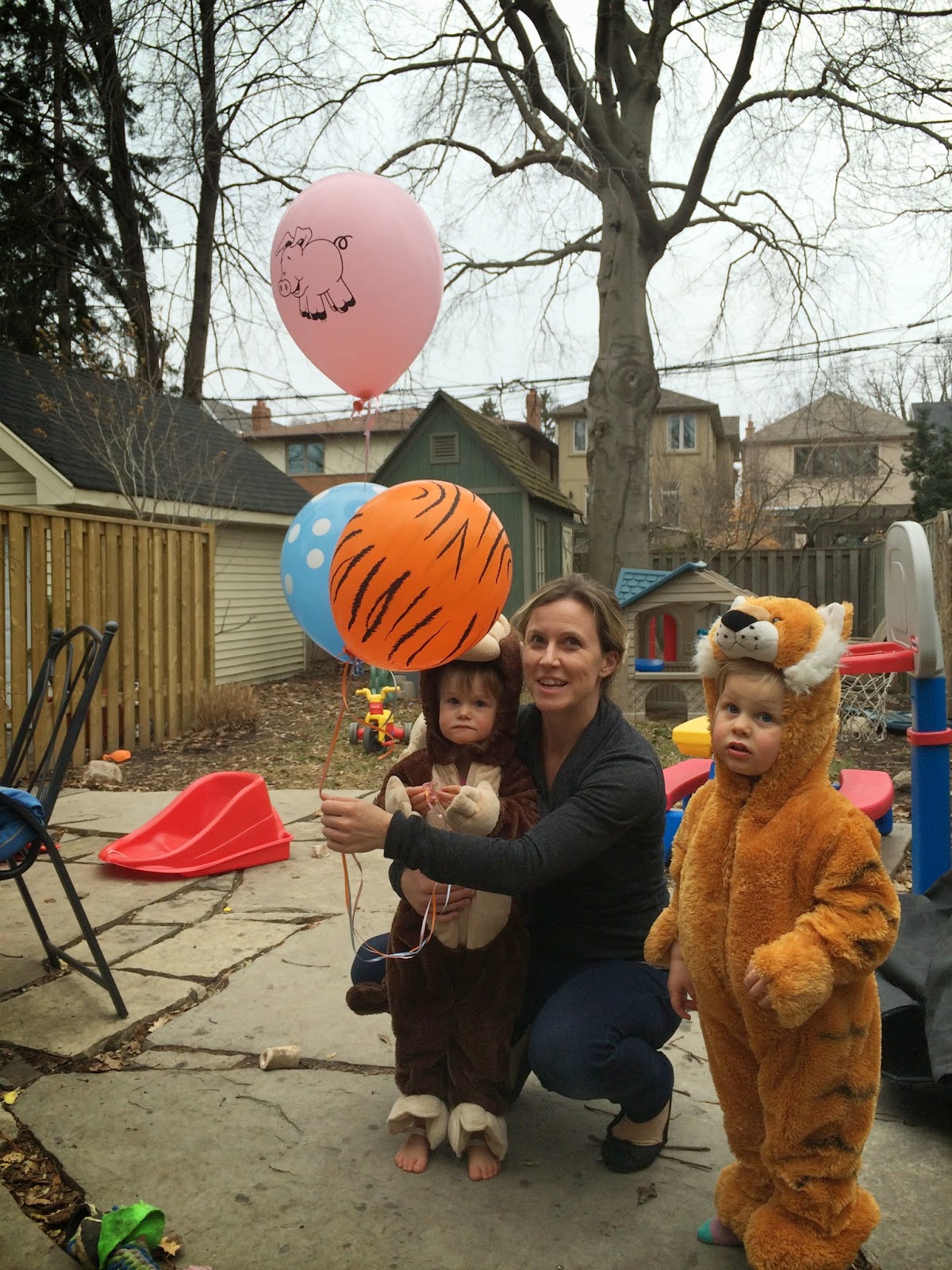 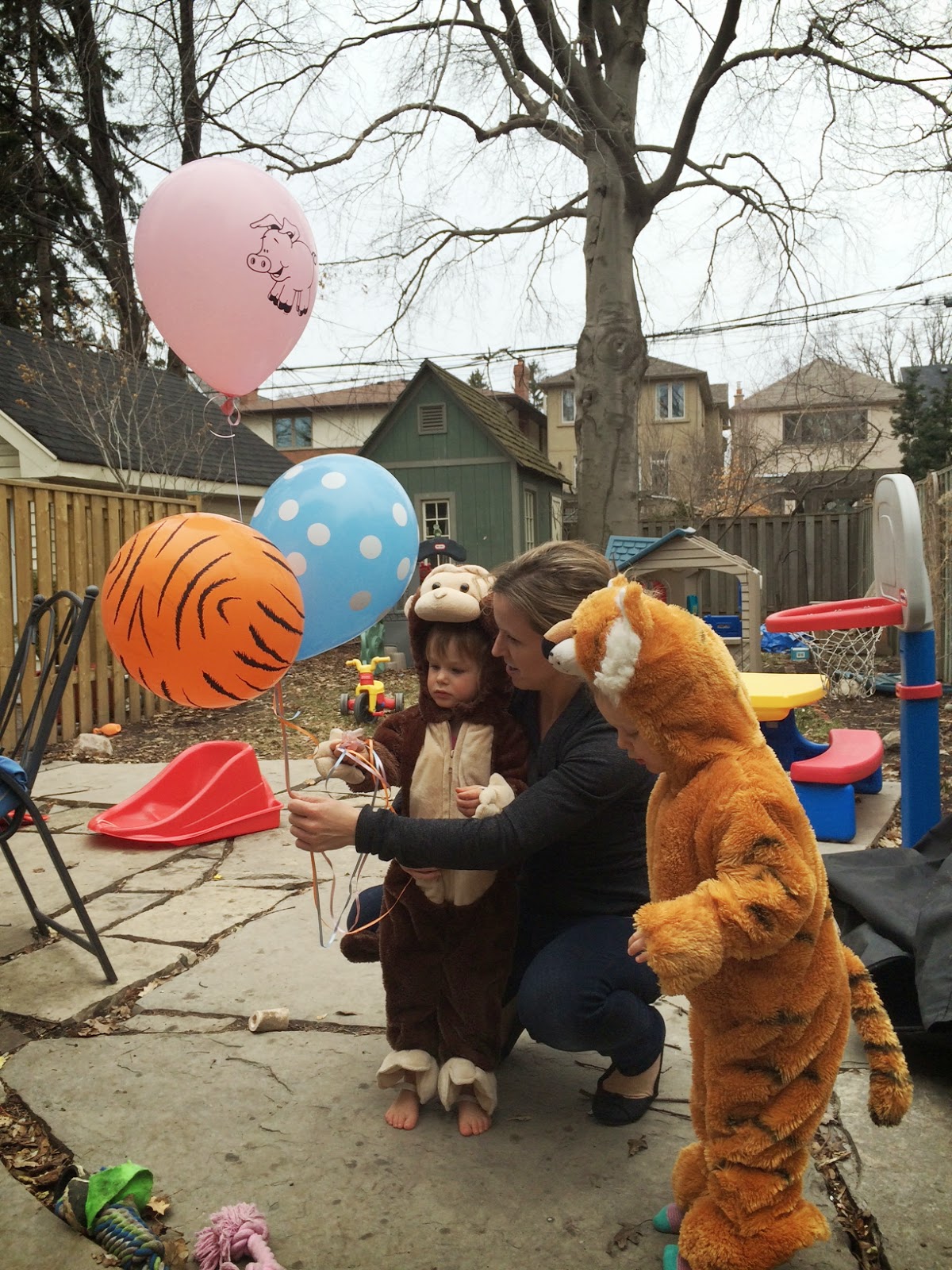 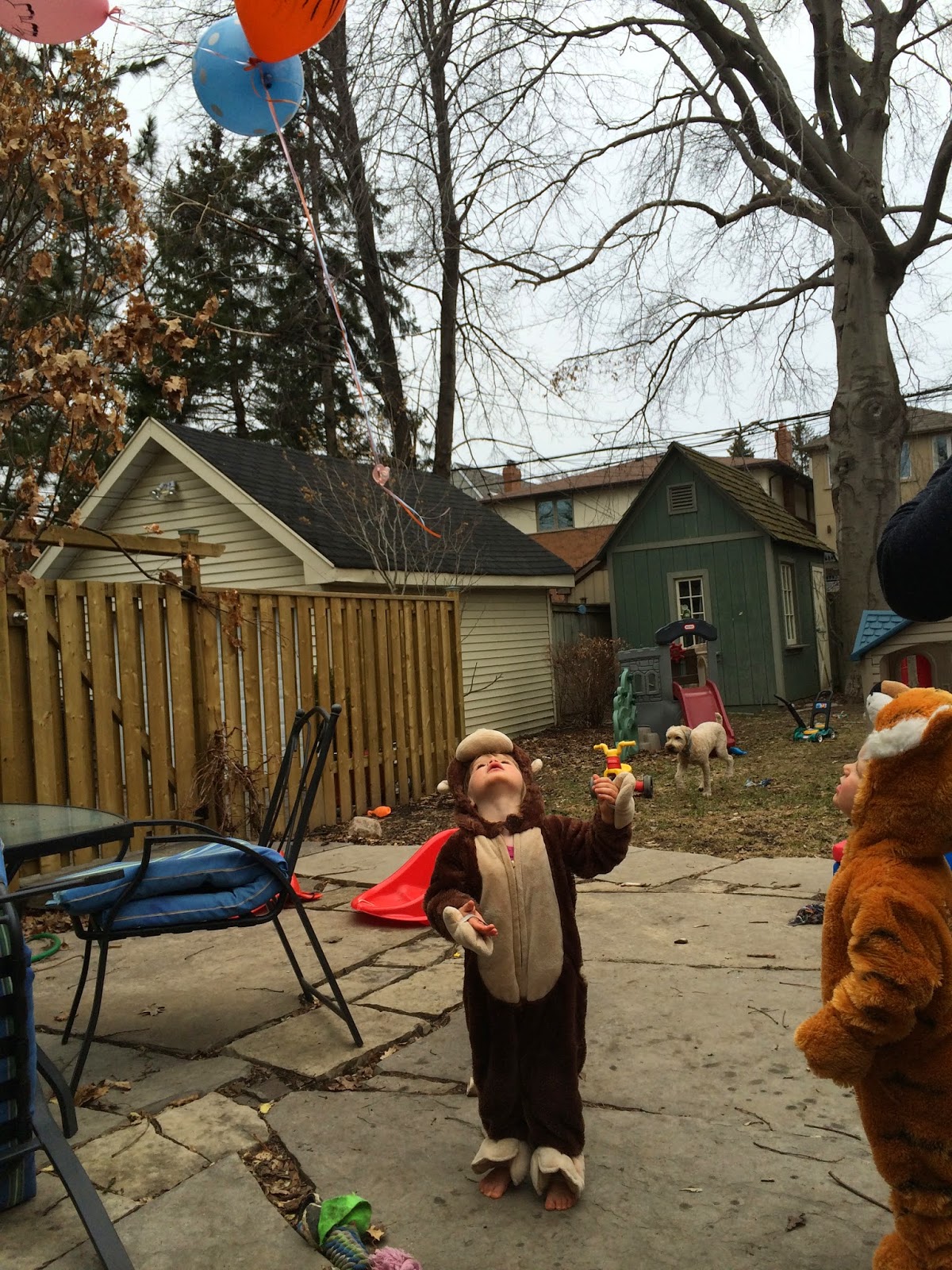 Soothie gets stuck on the fence…take 2: 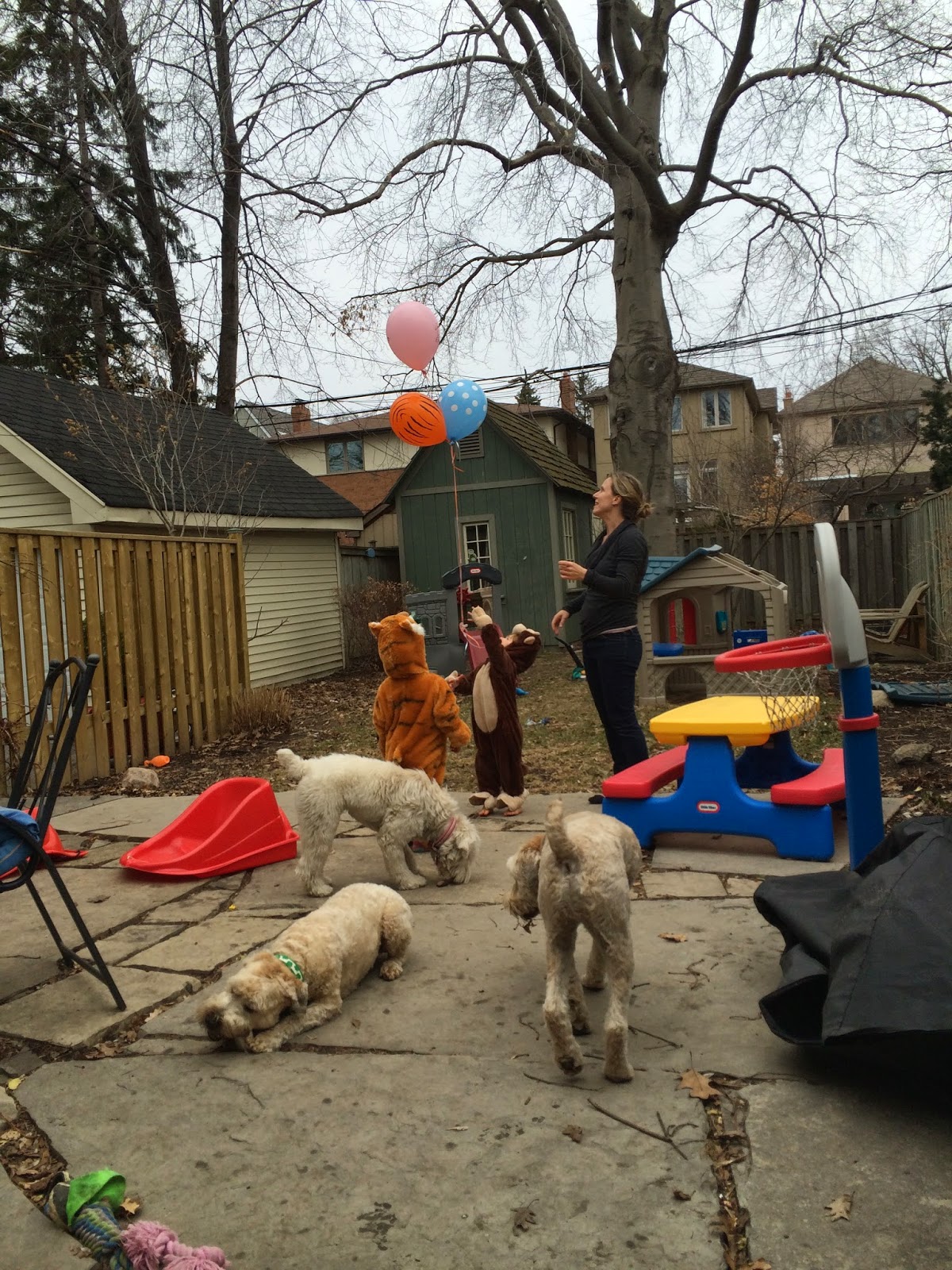 A large gust of wind picked up and soothie ended up in the neighbour's tree! Quite anticlimactic (and a bit funny)! Quinn was confused. Kelly is planning Operation Free Bird. 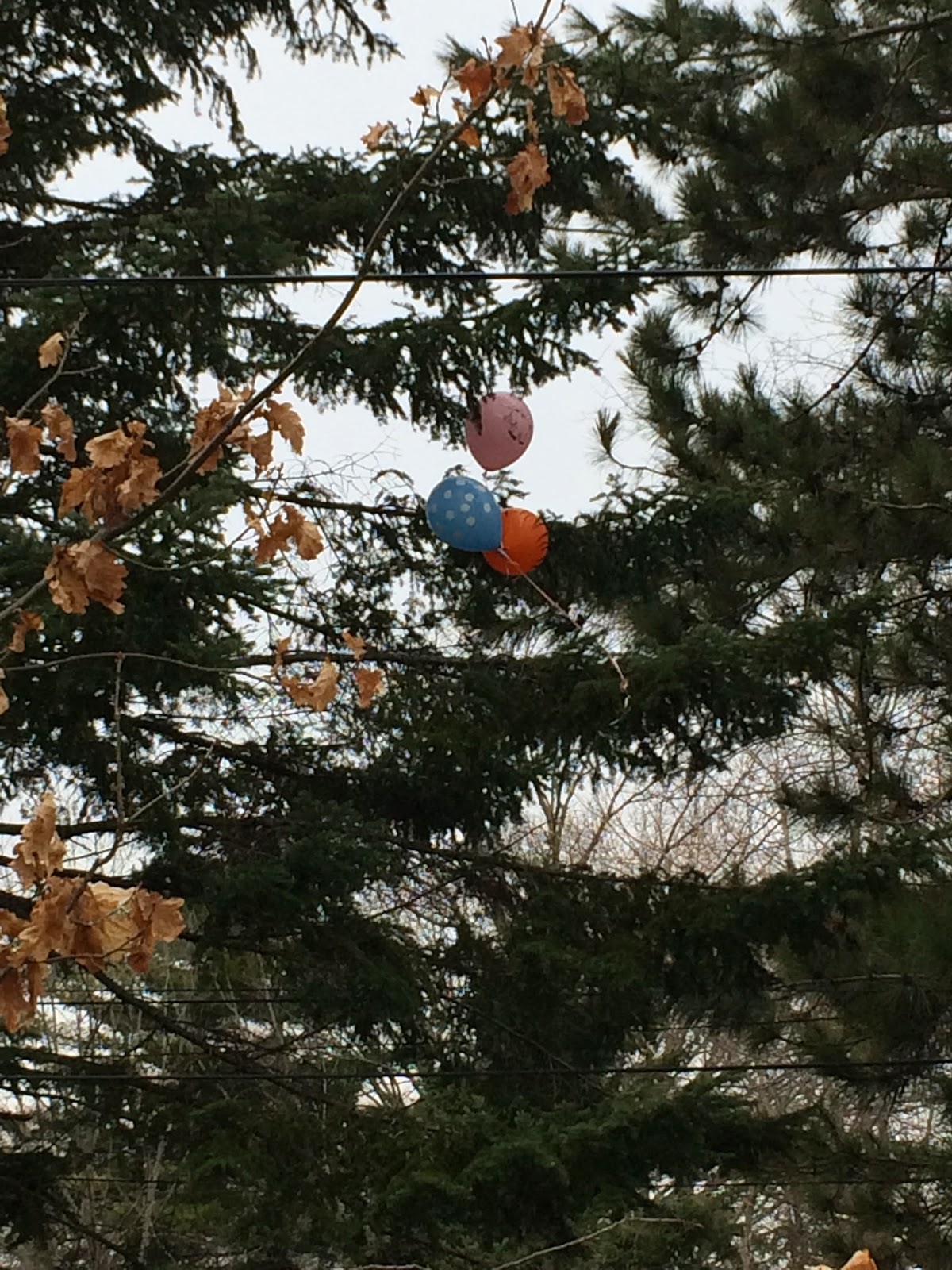 Quinn then enjoyed some food and her cupcake! 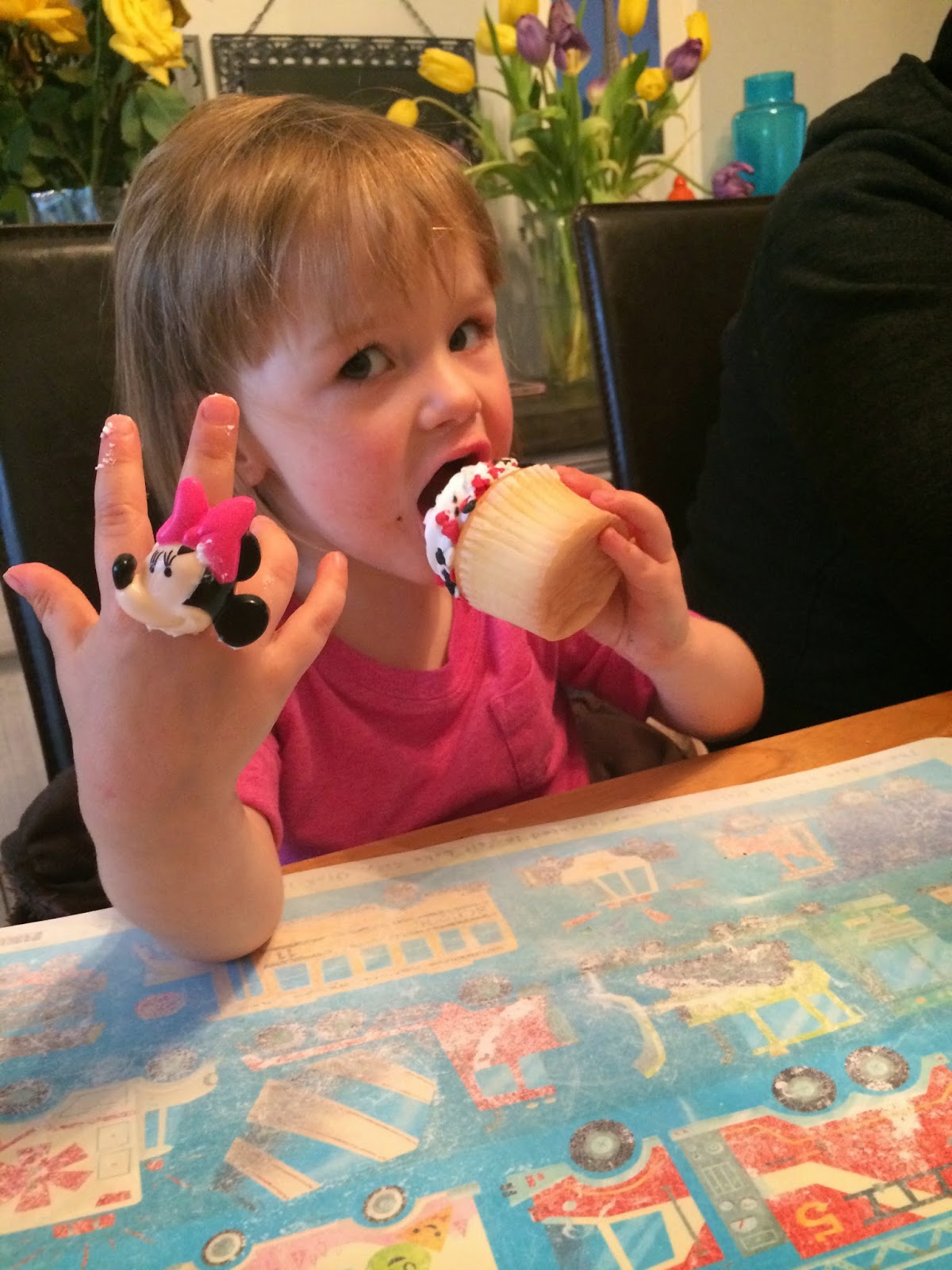 The party got quite wild and rowdy, as the guests needed to work off their dinner! 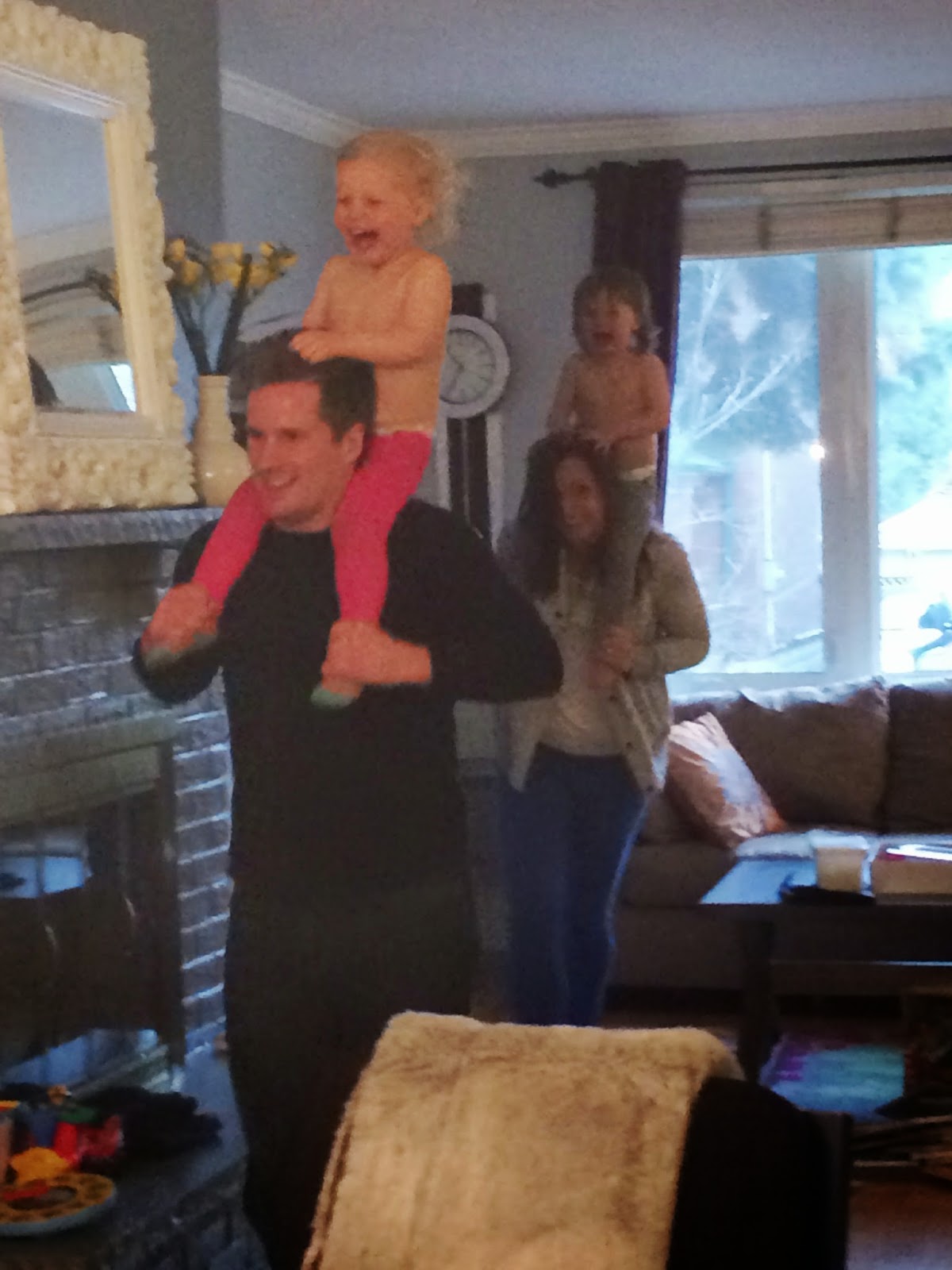 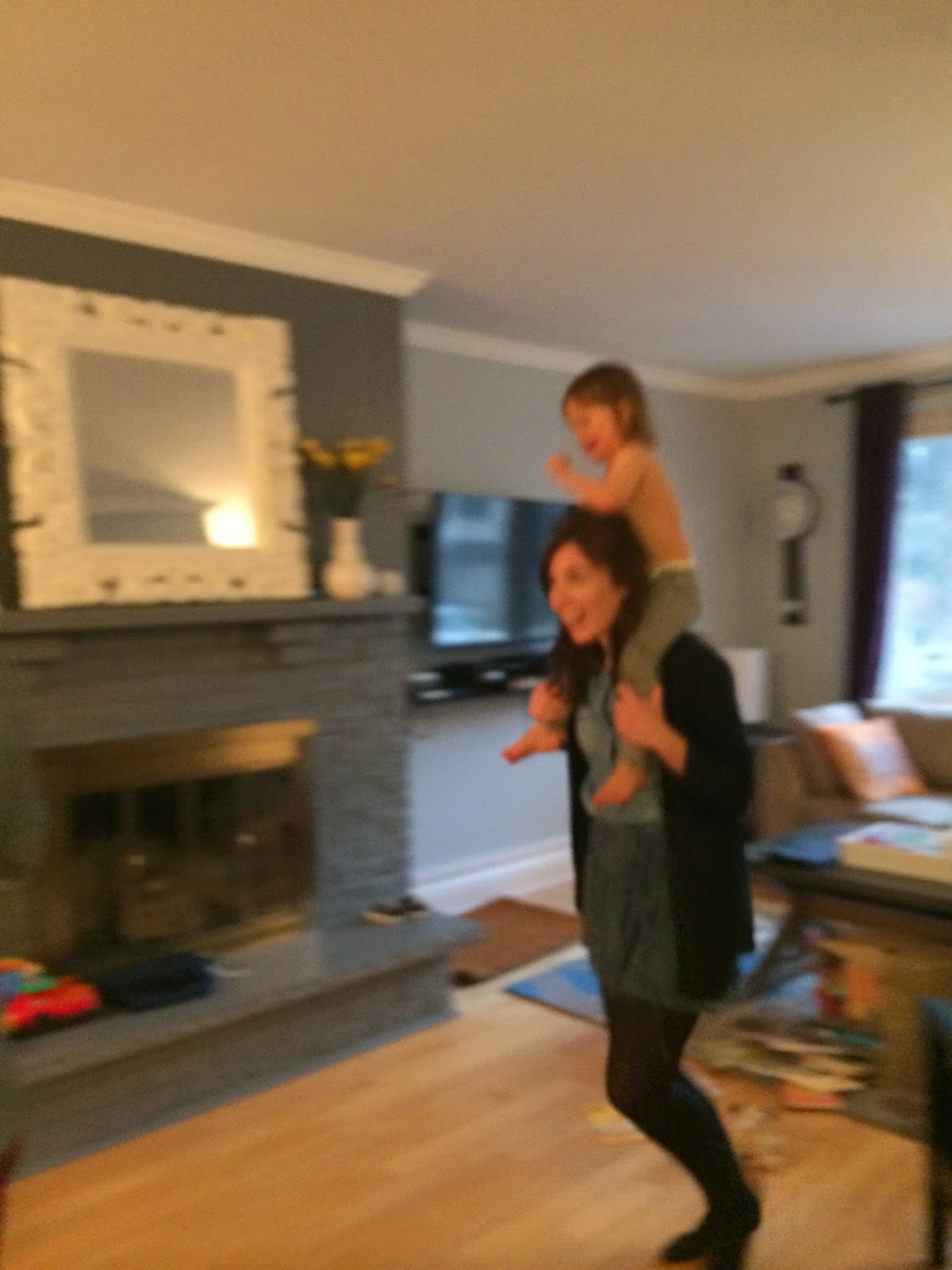 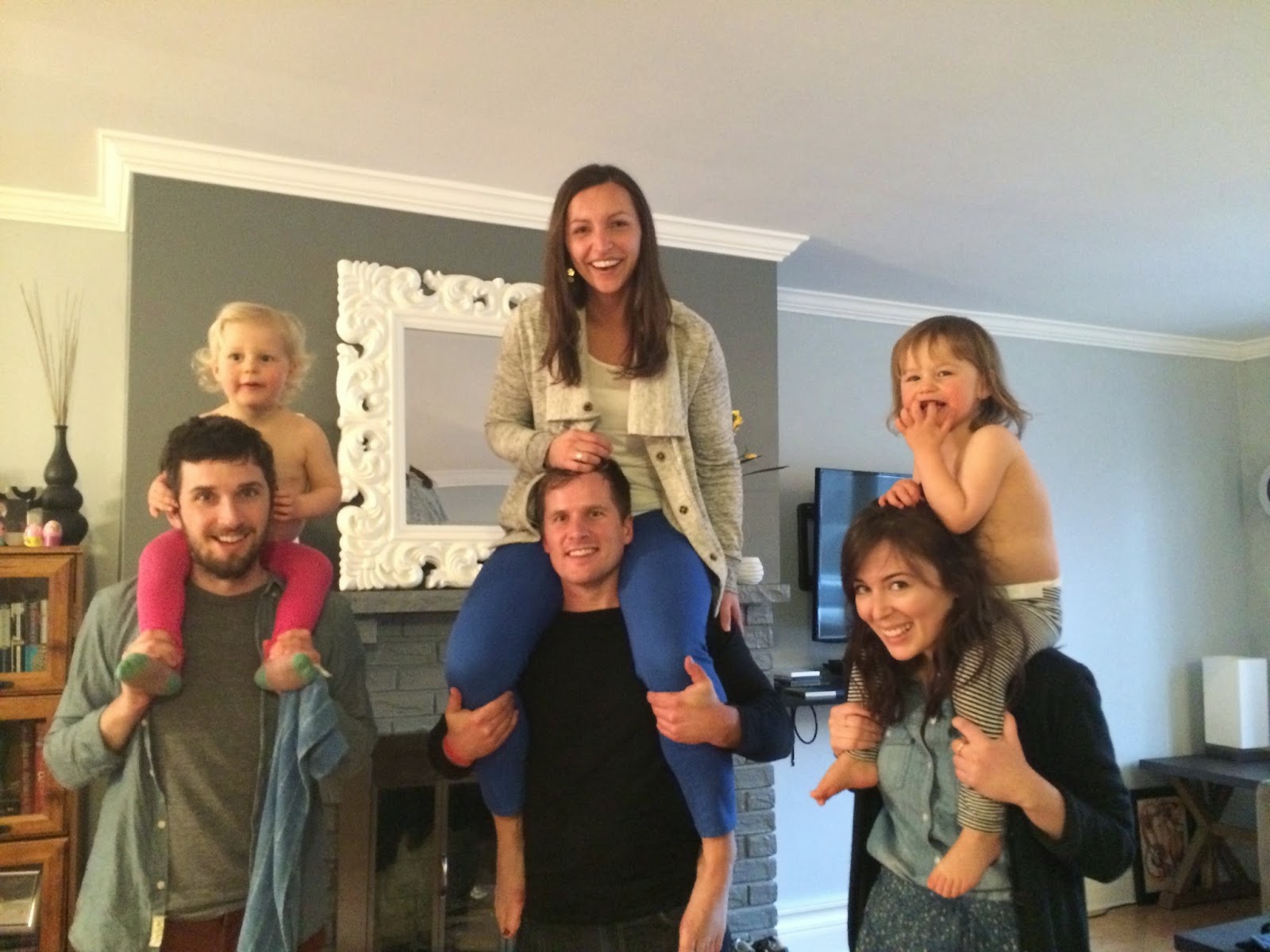 After some late night dancing… and a quick snooze… 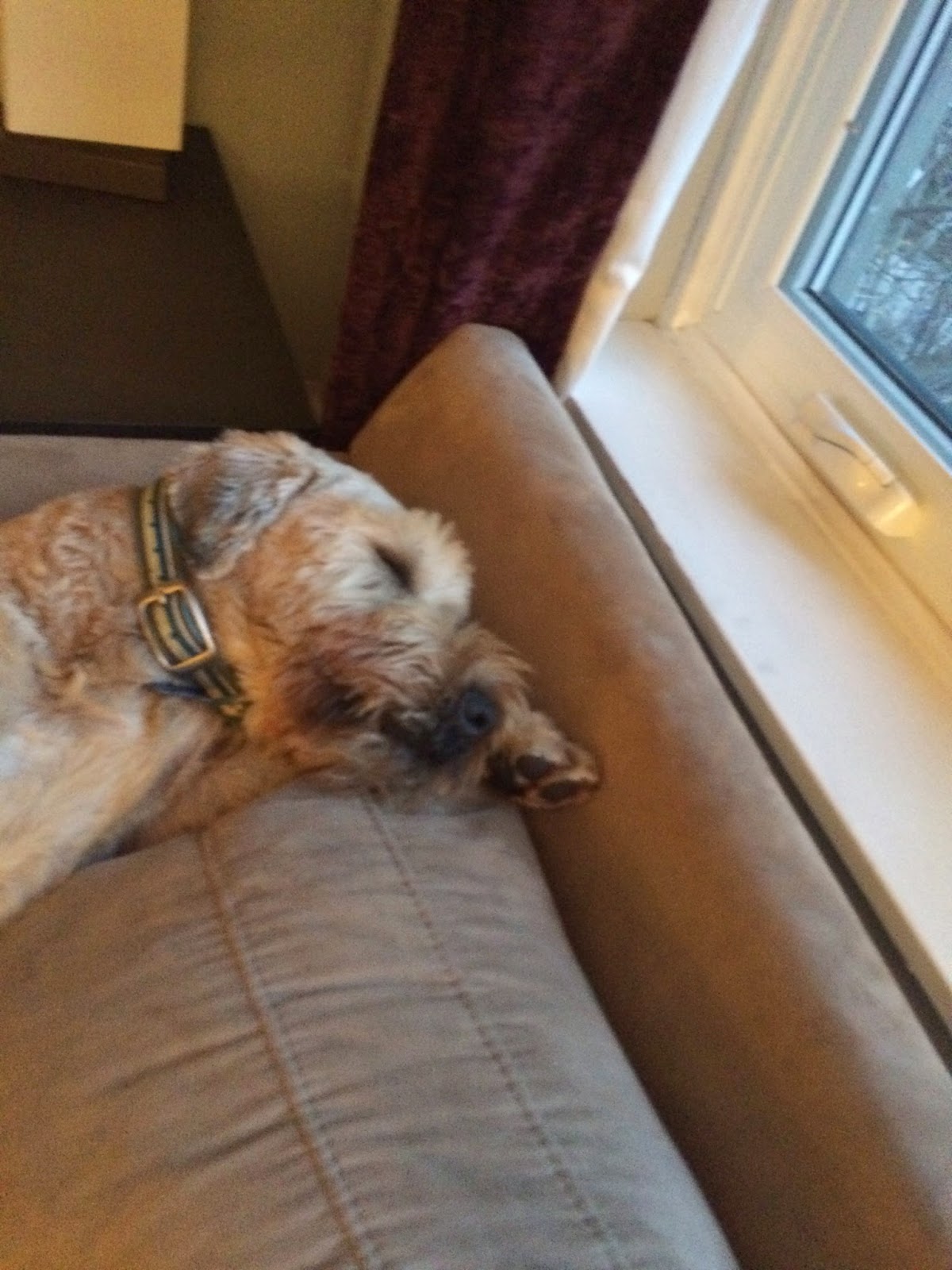 Quinn immediately asked her for soothies. We explained again that they have gone to soothie heaven. She had a difficult time settling and getting comfortable. She normally takes the soothie and rolls over. I cuddled her for a while and then left the room. Within minutes, I could hear the whimpers. I went back in and crawled into bed with her. She wrapped her little arms around my neck and squeezed me tightly. I stroked her hair and gently "shhh'd" her, like I did when she was an infant. After a few minutes, she settled and fell fast asleep.

Jenn and I anticipated that Quinny would experience one or more difficult nights when she realized that soothie was gone for good. I think that she was exhausted from all of the excitement and slept until 6:30am. I woke to her whining, "TT, where are my soothies?!" as she stood over a sleeping Teagan. I quickly grabbed her and brought her into bed with me.