The girls have officially graduated from the teen months! They celebrated their 20 month birthday in sunny Turks & Caicos! Pictures from the trip to follow. 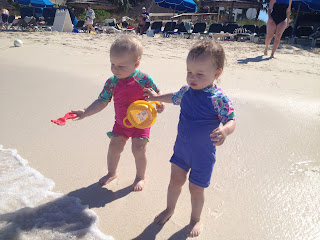