Preschool is going fantastically well for the girls. A tear has not been shed since early September. It makes drop-offs happy and quick. They walk in and head straight to their cubbies to grab their indoor shoes. Often without a goodbye, Teagan goes running into the lap of one particular teacher. They are reading a book together within seconds. I usually get a kiss and goodbye from Quinn, who is happy to be there, but doesn't throw herself into her teacher's lap.

The girls are some of the youngest in their class, as I've mentioned before. They are over a year younger than some of the other kids. There is a huge difference between a not quite 2.5 year old and a 3.5 year old, as many parents will tell you. Their teachers have told me that they play very well with the other children. Teagan is a bit more forward and makes friends more easily than Quinn. This is something that I've noticed on my own as well. I'm not too concerned though because Q will be playing with other children on many days when I pick them up.

I care less about the curriculum at school than I do about the socialization aspect. Sure, learning is important, but they're 2. They have years and years of school ahead of them. I'm just happy that they love being there and love their teachers. During those beautiful times when they're getting along and loving one another, they often play school. They will pretend to be their two teachers. Adorable!

While they're only at school for two mornings per week, I've noticed a few changes. In particular, they sing A LOT. During those rare quiet times when they're both looking at books or doing puzzles, they will be singing to themselves -- Twinkle, Twinkle, ABCs, Baa Baa Black Sheep. They continue to sing Happy Birthday to Uncle Rob as well, even though his birthday was a few weeks ago. Amazingly, they know most of the words.

It was picture day a few weeks ago. The photos are priceless, particularly the "married couple" one! I snapped a few photos of the proofs, since the real ones won't arrive for several weeks. Enjoy! 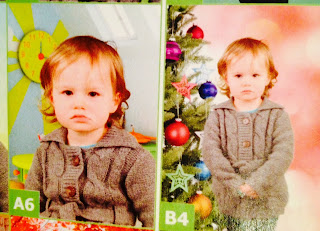 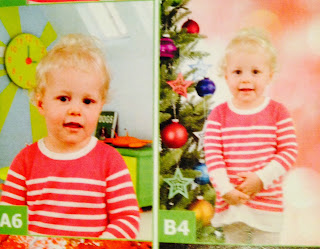