The never-ending winter and other stuff too

I figured that it was time for a random update. This is when I sort of miss the monthly updates, as tough as they were at times.

We are in what seems like never-ending winter. Did Elsa freeze Toronto too?! (A little 'Frozen' humour…I have two obsessed little girls) Never-ending winter with subzero temperatures like I've never seen have meant that we have spent way more time indoors that ever before. I think that because I'm home with the girls (as opposed to working outside the home), I want to always be out. Toronto is an awesome city for young kids and the time always seems to go much faster when we are out doing something. But, when temperatures reach -30C and young skin can be frostbitten in a matter of 2 minutes, even this restless mommy would prefer to stay in. I've had to challenge myself to keep my two active little monkeys entertained. Arts and crafts projects have been a go-to lately. While I sometimes give them a specific craft project, they are also happy to be given some paper, scissors, glue, markers, scraps of paper and stickers to create their own masterpieces. 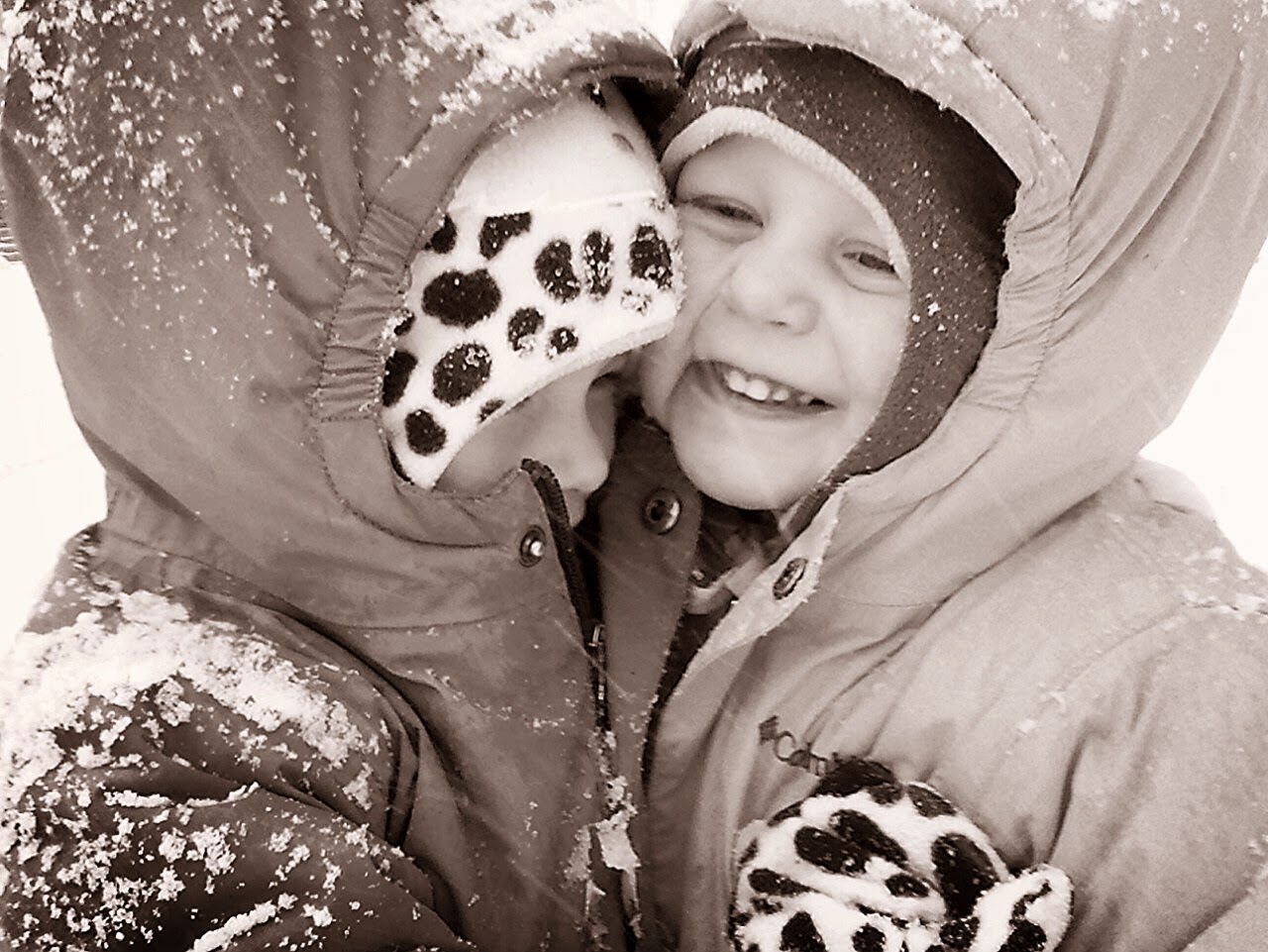 I'm late to the game on this one, but it was my Mom's birthday on March 5th!  My Dad threw my Mom a fantastic dinner party at a Toronto restaurant with a great group of friends and family. A night out sans children is always welcomed for Jenn and me! The girls recorded a 'happy birthday' message for Atty that morning.

Things have very much improved on the sleep front. I feel like a new person now that I'm back to getting 8 hours of sleep (at least!) per night. The girls are sleeping about 11.5 hours at night and usually take a 1.5-2 hour nap. They hit 7 stickers on their sleep charts (one sticker for "sleeping all night") which meant that they got their ice cream reward (their choice). Yesterday, we took two happy girls for their 'sleep all night ice cream.' I'm generally not a fan of food rewards, but when it comes to sleep, anything goes. I was exhausted! 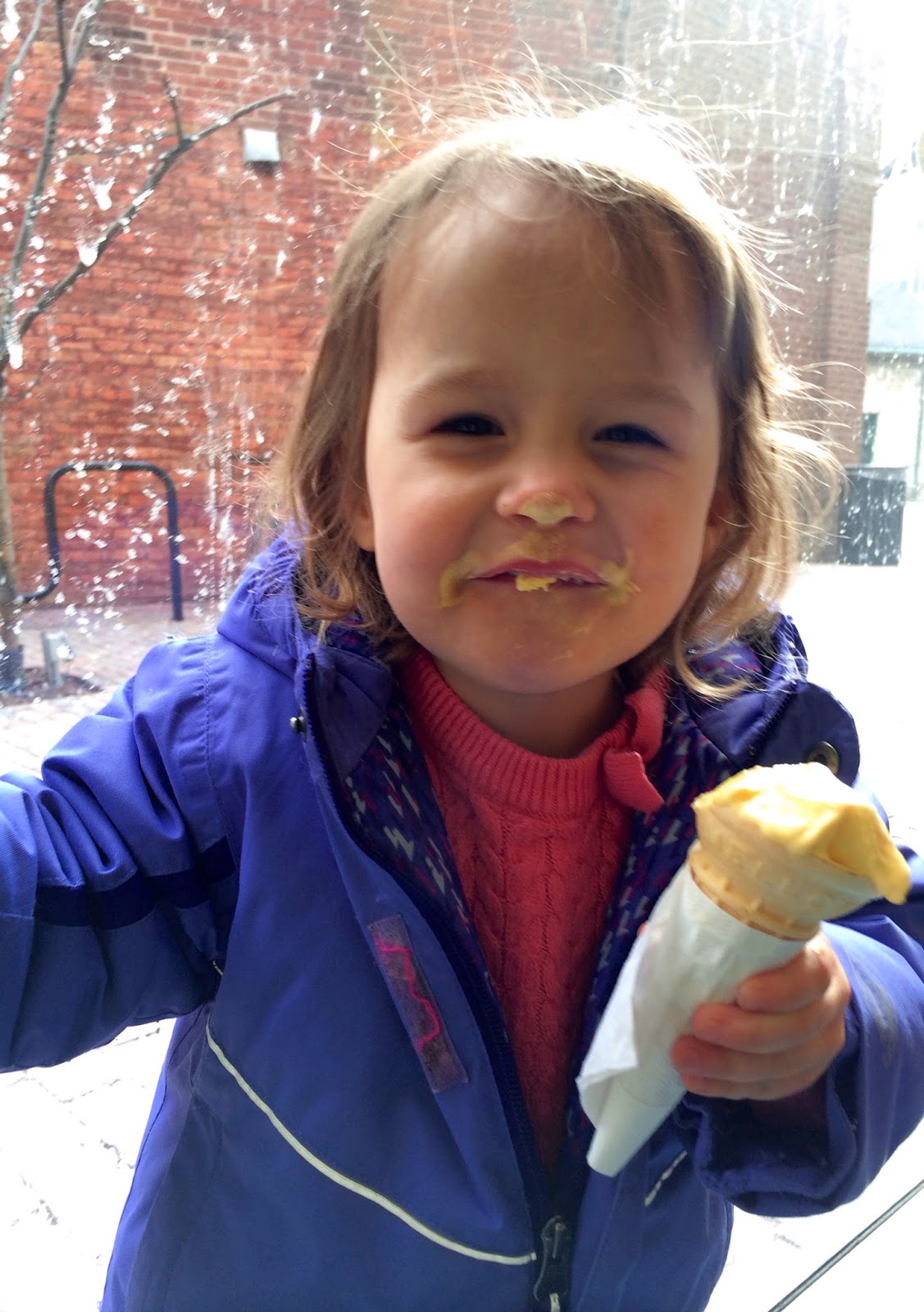 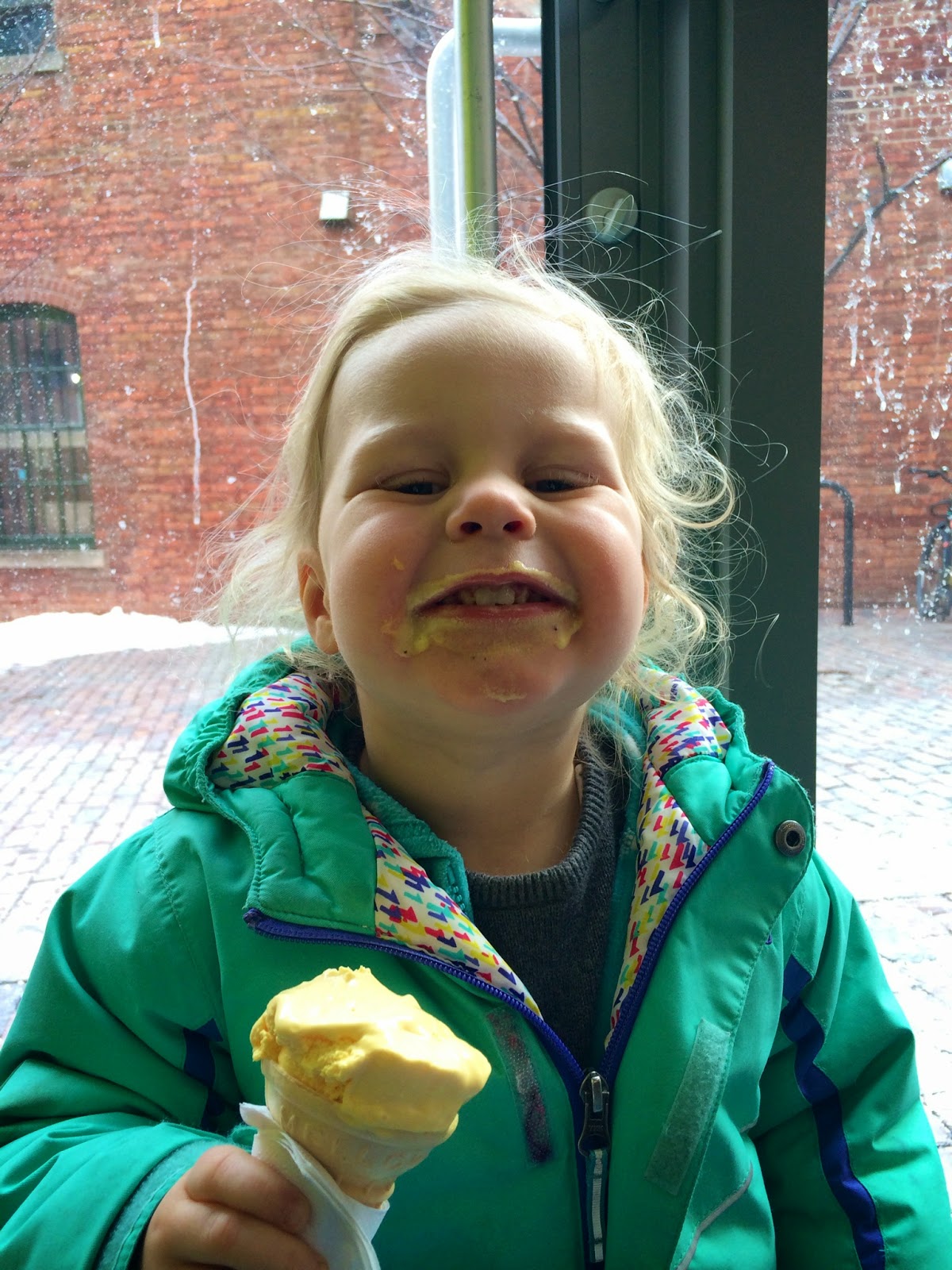 Quinn ended up having her first visit to the dentist last week. I had planned on taking them, but not for a few more months. Her gums bled several times and I was nervous that a fairly recent fall on her mouth had injured her teeth. After an x-ray, we found out that all was well and not damage had been done. It turned out that her gums were very inflamed and red though. She had been complaining about her mouth being sore so we hadn't been doing a thorough teeth cleaning. And so starts the vicious cycle  of poor teeth cleaning = sore gums… Q and I picked up some cool new toothbrushes on the way home. As luck would have it, a day later, Teagan's gums started bleeding as well. While I think that 2-year molars are partly to blame, it was also a wake up call that we need to be more strict on the teeth brushing.

Apart from that, we've been looking to the spring and summer, by deciding on activities and camps that the girls are going to do. We decided to rent a cottage for a week this summer with some friends of ours. Going through the process of renting a cottage was a bit surreal and made me really miss our family's cottage that was sold last summer. The girls are also signed up for two weeks of morning-only camps; one will be at their preschool and the other is an animal camp (a birthday present from my parents). Teagan is signed up for a hands-on animal class (kids learn how to handle and care for different types of animals) that starts in a few weeks. I tried to sign Quinn up for something else (like an art class), but wasn't able to find something around the same time. Q likes the animals but isn't as into it as T, so we thought that this would be a good opportunity to spend some one-on-one time with them. We are also going to do a trial (indoor) soccer class this week. If winter ever ends, they'll move outside at some point in late April.
Posted by Ashleigh at 7:17 AM