Happy 7 Months girls! This month's picture was tough to capture because neither of the girls wanted to sit still. This is pretty typical of their day to day life now! 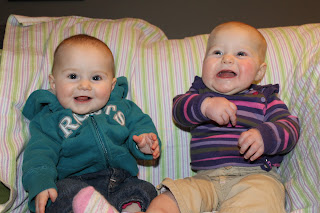 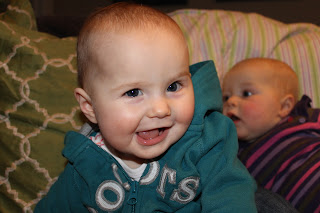 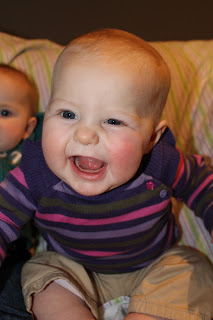