Two thirds of a year! My sweet little girls are getting so big! 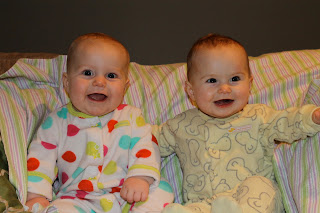